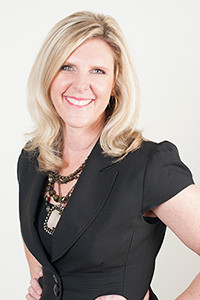 Debbie O’Connor has a Bachelor of Fine Arts majoring in Graphic Design and Photography from the University of Stellenbosch is South Africa. She was a contributing author for the book “Views on the Way to the Top”, which is a collection of stories from business women in Australia, and is more recently the self published author of Andrew Potato Face.

As a mother of two, Ms O’Connor became very frustrated when her children would not eat their dinner, so she decided to write a book to encourage children to eat a healthy meal.

With obesity rife in society today, healthy eating is a hot topic. The book Andrew Potato Face has the main aim to make meal-time enjoyable, so that children are not afraid to experiment and try new foods. Grass roots education on healthy food is essential if the kids of today are going to grow into healthy adults.

Ms O’Connor has battled with weight issues most of her life and it was only after joining Weight Watchers where she reached her goal weight, that she learned about healthy choices and how to prepare low fat meals. “What assisted me writing the book was the realisation that my bad eating habits were rubbing off on my children. I didn’t want them to battle with their weight the way that I had, and knew that I needed to lead by example. The objective was to teach them healthy eating habits in a fun and encouraging way.”

Originating from a small country town in South Africa called White River, Debbie moved to Australia in 2000 after marrying her Australian husband. She holds a Bachelor of Fine Arts where she majored in Graphic Design and Photography and currently operates a graphic design studio, White River Design in Western Sydney. Her knowledge of colour, design and printing has enabled her to self publish Andrew Potato Face.

Born in Sydney, but growing up in Adelaide, Leonie moved back to Sydney when she was 13 years old. She attended catholic schools and did her HSC at JPII in Marayong. There she took 3 unit art, producing two major artworks, one of which was nominated for ART EXPRESS.

Leonie has always had a love of art (particularly commercial art) and especially of cartoons with her favourite cartoonist being Gary Larson. She also admires the work of Normal Rockwell and Michael Whelan (who does the covers of science fiction novels).

As a child, Leonie was rarely seen with out a pencil and sketch pad! She originally started by copying cartoons, until gradually developing her own style.

Leonie has many ideas in the pipeline, some of which she is currently working on. These involve a childrens story book a and a ‘single parents calender’ full of funny sketches – with a slightly dark twist, about the rigours of solo parenting!

“Here’s hoping that famous Andrew Potato Face is the launching pad to many great things. I’ll always be grateful to Debbie for asking me to draw up her marvellous idea!” 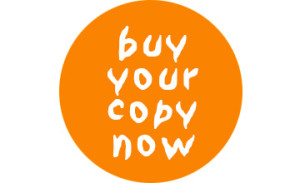